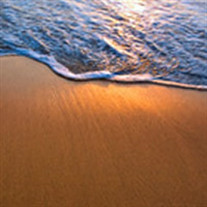 Betty M. Green, 83 of Rolfe, formerly of West Bend died February 19, 2009 at the Palo Alto County Hospital in Emmetsburg. Services will be held Tuesday, February 24, 4:00 PM at the United Methodist Church, West Bend with burial in the West Bend Cemetery. Visitation is from 6-8 PM Monday at the Harris Funeral Home in West Bend. Betty M. Marcellus, the daughter of John and Lucille (Ambrose) Marcellus was born September 27, 1925 in Algona, Iowa. She attended country school in Ellington Township and graduated from the Rodman High School. She also attended business college in Mason City, IA. She worked for the United States Government in Washington DC and in California where she met and married Fred Green in 1946. The couple spent years in many locations including California, Georgia, Washington DC, Florida and Virginia before returning to West Bend in 1987. After Fred died in 1993, Betty moved to the rural Rolfe area where she resided until her recent death. Survivors include her children: Grergory F. Green of Washington, DC, Yvonne M. Taylor of Manassas, Virginia, Randy C. Green of Front Royal, Virginia, and Kennon L. Green of Melbourne, Australia, 11 grandchildren, 8 great grandchildren and her brother Jim Marcellus of West Bend, IA. She was preceded in death by her parents and husband Fred.

The family of Betty M. Green created this Life Tributes page to make it easy to share your memories.

Send flowers to the Green family.