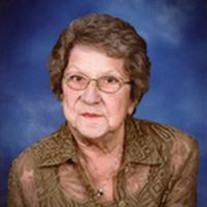 Dana Marie Frieden, 76, of Belmond, Iowa, formerly of West Bend, Iowa, died Sunday, October 15, 2017 at Iowa Specialty Hospital in Belmond. A funeral mass will be held 10:30 AM Wednesday at Sts. Peter & Paul Catholic Church in West Bend. Visitation will be 4-6 PM Tuesday at the church. Dana Marie Frieden was born at home March 18, 1941 in Whittemore, Iowa to Hildreth and Elvira (Wershpan) Pettit. She was the second youngest of five children, with three brothers (Peter, Ronnie and William) and one sister (Lael). The family lived in the country and operated a huge ballroom called The Plantation, where weddings and dances were hosted. Dana received her high school education in the Whittemore school system prior to attending La James College in Mason City, Iowa, studying cosmetology. Dana worked as a beautician for a short time and later worked as a CNA at the West Bend Care Center, finally retiring in 1998 after working 20 years at Snap-On Tools. Over the years she also brightened all sorts of events with her delicious cookies which she named "Dana's Dainties" - they were delicious! Dana met Ernie Frieden on a blind date (after some urging from her sister Lael) when she was 18. The two were united in marriage November 15, 1960. Through their union they conceived five children: Pat (Judy) Frieden, Rodman, IA; Monica (Dar) Christensen, Belmond, IA; Bill (Sherri) Frieden, West Bend, IA; Ellen (Kenny) Bledsoe, Maryville, MO; Dan (Lori) Frieden, Rome, NY. Dana also enjoyed the company and love of her and Ernie's grandchildren: Matt and Joe Frieden; Leigh, Kasie, Tyler, Dana and Caydon Christensen; Ben, Amanda and Sam Frieden; Isaac and Hannah Bledsoe; and their great grandchildren: Caleb and Ethan Frieden; and Zoey, Jaicee and Knox Christensen. Dana is survived by all her children and grandchildren as well as her sister Lael (Tony) Kahler, Bancroft, IA; brother William (Marnie) Pettit, Tulsa, OK; and her special friend Dean Schmaling, Fremont, NE. Dana is preceded in death by her parents, brothers Ronnie and Peter, and her husband of nearly 50 years, Ernie. Dana will be remembered by her loved ones for the simple way she lived and her amazing sense of humor. She loved the colors purple and blue, butterflies, bird watching, gardening, fishing, a good card game, the occasional trip to the casino, and "The Price is Right" (especially when Bob Barker was still on the show). Countless fishing trips and wonderful holidays spent with Dana have created traditions that will live on in the lives of those that loved her the most. Our time with Dana will be treasured and never forgotten; and the love for our mother, sister, grandmother, and friend will stay in our hearts forever.

The family of Dana Frieden created this Life Tributes page to make it easy to share your memories.