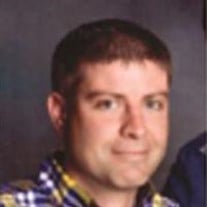 Daniel T. Quinn, 34, of Mason City, died Monday, January 12, 2015 in Mason City, Iowa. Funeral services will be held Saturday January 17,10:30 AM at St. Peter and Paul Catholic Church in West Bend, Iowa, with burial to follow at St. Joseph's Catholic Cemetery in Palmer, Iowa. Visitation will be held from 5-8 PM Friday at the church in West Bend where a prayer service will be held at 7:30 PM. Friends and family from Fort Dodge may visit the Gunderson Funeral Home in Fort Dodge Thursday from 5-7 PM in order to pay their respects. Harris Funeral Home of West Bend is in charge of arrangements. Daniel Thomas Quinn, the son of Pam Moeller, and Dennis Quinn, was born on March 20, 1980. He graduated from St. Edmonds High School in 1998. Dan was a successful business man, and recently realized his dream of owning and operating his own business. When not working, Dan enjoyed driving his car or having a glass of wine. He looked forward to spending time in Grand Marais, Minnesota; in Folly Beach, South Carolina; and next to the bonfire in his backyard. Mostly, he loved being near his wife, Jonna, whom he married in 2005. Indeed, Dan loved Jonna the only way he knew how...passionately and relentlessly. No end of the earth was too far for Dan if it pleased her, and he was committed to his marriage up until the moment he died. Jonna, recognizing these characteristics along with his imperfections, continues to love him to this day. Dan is survived by his wife, Jonna (Bruellman) Quinn of Mason City, his mother, Pamela (Art) Moeller of Fort Dodge, his sister, Chris (Scott) Timmerman, his brother, Denny (Margaret) Quinn, his sister, Sarah Moeller, stepbrothers, mother and father in law, Cindy and John Bruellman, brother in laws, Mike (Lisa) Bruellman, and Calvin Bruellman, nieces and nephew, and close friends, including Johnathan Willaman. And who can forget his beloved pets, Otis and Priest! He was preceded in his death by his father, Dennis Quinn, whom he missed dearly, and his sister in law Mindy. The family suggest memorial contributions in lieu of flowers. www.harrisfuneralservices.com

The family of Daniel Quinn created this Life Tributes page to make it easy to share your memories.

Send flowers to the Quinn family.