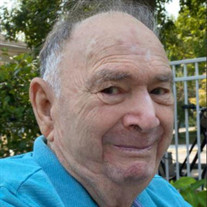 Delano Grimm, 88, of Bloomington, IL and formerly of Algona, IA passed away on February 20, 2022 at Bickford Senior Living in Bloomington. A visitation will be held on Saturday, March 12, 2022 from 11:00 AM until 1:00 PM at Lentz Funeral Home in Algona. A Scripture Service will follow the visitation at 1:00 PM with inurnment to be held at Calvary Catholic Cemetery. Delano was born March 17, 1933, a son to Eli and Lena (Banwart) Grimm.  He married Mary Ann (Berte) on October 1, 1960 in St. Joseph, Iowa. She preceded him in death on October 7, 2020. Surviving Delano are his daughters Joan (Brian) Solem, Cindy Grimm, Jane (Eric) Rupprecht, and Dana (J.B.) Priest, and his grandchildren Jackson and Julia Solem, Jacqueline and Joe Rupprecht, and Maximus and Mary Priest. Delano is also survived by 7 of 13 siblings:  Lorane Martin, Arlo (Marilyn) Grimm, Dean (Nadine) Grimm, Eli Jr. (Margaret) Grimm, Carole (Larry) Fehr, LaVonne (Verle) Kieser, and Diane (Marvin) Knobloch, as well as the entire Berte and Grimm families. He was preceded in death by his wife, Mary Ann Grimm, his parents Eli and Lena Grimm, and five siblings: Elaine Kellenberger, Clifford Grimm, Edith Kellenberger, Eleanor Steffen, and Edward Grimm.  Delano was born on St. Patrick’s Day. Each year we were convinced all the celebration was actually for Dad’s birthday, with the annual Emmetsburg parade held in his honor. After his wife, daughters, and family, Delano’s greatest love was farming. After a successful farming career, he moved to town where he and Mary Ann enjoyed retirement. Delano enjoyed fishing up north, golfing, playing 500 with family and friends, and poker with his club.  As good a cook as Mary Ann was, Delano never mastered the kitchen. It was a big day at the Grimms when mom called and shared the news that Dad had learned to microwave popcorn. Delano took pride in his daughters and grandkids, and adored Jane’s dog, Apollo, who often visited him at Bickford.  A special thanks goes out to Jane, Eric, Jacqueline, and Joe who have taken care of both Mom and Dad for the 8 years they lived in Bloomington. We are grateful to all the caregivers at Bickford Senior Living for the love and compassion shown to Dad and our family. Rest in peace, Dad. The family requests there be no floral arrangements with lilies due to family allergy.

The family of Delano Grimm created this Life Tributes page to make it easy to share your memories.

Delano Grimm, 88, of Bloomington, IL and formerly of Algona,...

Send flowers to the Grimm family.