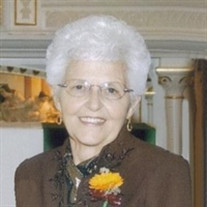 Gilmore City...Donna Wiemers, 83 of Gilmore City died Monday February 5, 2018 at the Humboldt County Memorial Hospital.  Services will be held Saturday, February 10, 10:30 AM at First Lutheran Church, Gilmore City with burial to follow in Marble Valley Cemetery. Visitation will be held from 4:30-7:00 PM Friday at the Harris Funeral Home in Gilmore City.  Donna Frank, the daughter of Armon and Bertha (Dawson) Frank was born August 20, 1934 in Fort Dodge, Iowa.  She was raised and received her education in Pioneer and graduated from the Gilmore City High School.  She then attended and graduated from the Iowa State Teachers College in Cedar Falls.  She returned to Gilmore City to teach and on March 25, 1956 she was united in marriage with Denzil Wiemers in Gilmore City.  The couple lived in Gilmore City during their married lives where Donna taught for 34 years in elementary education.  Donna is survived by her husband Denzil, children, Diane Morrison of Grimes, IA, David (Peggy) Wiemers of Bayard, IA, and Duane (Beth) Wiemers of Pocahontas, IA, 7 grandchildren, 5 great grandchildren, sisters, Karen (Don) Day of Gilmore City, IA and Armona (Allan) Redenius of Fort Dodge, IA, and brother in law Maynard (Marlys) Wiemers of Gilmore City, IA.  Donna was a very active member of the First Lutheran Church in Gilmore City and the American Legion Auxiliary.  She also worked at the Harris Funeral Home in  Gilmore City helping every family that had a loss in their lives.  She was preceded in death by her parents and her sister Pam. www.harrisfuneralservices.com

The family of Donna Wiemers created this Life Tributes page to make it easy to share your memories.

Send flowers to the Wiemers family.