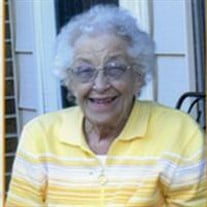 Dorothy Maxine Peterson, 89, of Humboldt, passed away peaceably on March 20, 2017, at Humboldt Memorial Hospital in Humboldt, IA. Maxine Peterson was born in Bridgewater, IA December 1, 1927 to Roland W. and Alice (Grim) Timmons. When Maxine was 9, her father died quite unexpectedly leaving Alice, Maxine, Roland Jr., and Donald alone during the depression era. Alice answered an ad for a housekeeper position with Robert Peterson in Rolfe, IA, and the family moved. Robert and Alice later married. Maxine met C. Elmer (Duff) Peterson who also lived in Rolfe, and the two married December 27, 1944. They made their home and raised their family in Rolfe. Maxine and Duff strongly stressed the importance of their children getting a good education, and Maxine often commented in later life that she was so pleased the kids had gotten off to a good start. Maxine and Duff started Duff’s Produce and Appliances, but when they started selling furniture, the business really flourished. Maxine enjoyed looking through the swatches and catalogs. She had a knack for picking out what people liked to buy for their homes. She kept the store spotless and congenial. Duff’s Furniture and Appliance was a center of socializing on most Saturday nights. Maxine valued her relationship with Jesus. June 7, 1942, Maxine joined the Methodist Church of Coon Rapids, IA. Later after she married, Maxine was a Sunday school teacher, a member of the Rolfe United Methodist Church, a UMW member in both Rolfe UMC and Faith UMC, and was also a member of the VFW. Maxine enjoyed cooking. She loved making everyone’s favorite desserts. She also liked to crochet and do needle work making pillowcases and afghans for each family member. Maxine and Duff loved playing cards with the “Card Group” and getting together to share a meal or a lunch. That close group of friends had a lot of fun. Maxine continued playing games and socializing with her friends her whole life. Maxine moved to Humboldt in 1998 where she lived in her Humboldt Homes apartment. She loved socializing with the neighbors and having the neighbor kids come over and call her Grandma Max. She stayed in her apartment until October 2016 when she moved to the South Care Center. Maxine is survived by her children: Judy (Paul) Tange of Riceville, IA, Richard (Jane) Peterson of Zumbrota, MN, and Peggy Vanderhoff of Gilmore City, IA; daughter-in-law Mary Peterson of Gilmore City, IA; grandchildren: Pauline Luna, Julie Tange, Melissa Olmscheid, Alexa Maass, Jared Peterson, Cory Peterson, and Jesse Peterson; great-grandchildren: Daniel Bodtke, Slade and Autumn Luna, Alex Hendricksen, Mason & Parker Cox, Kaitlyn, Nicholas, Isaac, and Luke Olmsheid, Caleb and Genevieve Maass, Kaylee and Amelia Peterson, Carter, Liam, Ella, and Hudson Peterson; great-great granddaughter Paisley Wilson; sister-in-law Elsie Timmons of Norfolk, VA, and many family members and friends. Preceding Maxine in death were husband Duff Peterson, son Chris Peterson, parents Roland and Alice Timmons, son-in-law Pat Vanderhoff, and brothers Roland Jr. and Donald Timmons.

The family of Dorothy Maxine Peterson created this Life Tributes page to make it easy to share your memories.

Send flowers to the Peterson family.