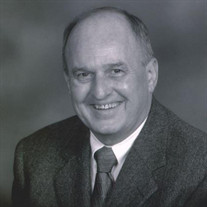 Doug Maxson, age 78 of Lone Rock formerly of Goldfield, passed away Sunday, February 6, 2022, at his home. Memorial services will be held on Saturday, March 5, 2022, at 1:30 PM at the Burt Presbyterian Church in Burt. Services will be live streamed. Visitation will be held on Friday, March 4, 2022, from 4:00 PM until 6:00 PM followed by a 6:00 PM Masonic Service at Lentz Funeral Home in Algona. Services will be live streamed on Lentz Funeral Home's website: https://www.hdezwebcast.com/show/doug-maxson Douglas Dean Maxson, son of Dean and Irene (Oswald) Maxson, was born on January 15, 1944 in Charles City, Iowa. He graduated from Charles City High School in 1962. Doug continued his education at the University of Northern Iowa and Southwest University where he earned his BA in Criminal Justice, and an MBA and a PhD in Public Administration. On June 20, 1964, Doug was united in marriage to Sharon Wilson in Cedar Falls, Iowa. From this union, two children were born, their daughter Becky and son Brian. Doug began his professional career as a Patrol Officer on the Cedar Falls Police Force. This then led him to his long career with the Chicago Northwestern Railroad, culminating in his promotion to Wisconsin & Northern Division Manager of Safety. His work in safety training and management took him throughout the United States and other countries to teach safety and management compliance and technique. He then worked for various companies in a safety and management capacity once the CN&W Railroad was sold. He finished off his long work career in retirement working part time as a Private Detective for a friends company. Doug’s passion was God, Jesus and his family. Doug was a member of the Church of Christ and Masonic Lodge and served as a substitute speaker, giving sermons for various churches. He also loved woodworking and making furniture. Every home the family lived in received customized work made with Doug’s talent. He was an expert marksman and won multiple awards. Doug was a very social person who was known for his quick wit and sharp as a tack memory. He was very protective and wise beyond his years. Doug was known to participate in Karaoke, where he would sing and sound just like Elvis. Anyone that knew Doug, knew just what an avid Green Bay Packer fan he was. He loved to collect all sorts of Green Bay memorabilia and watch football games on Sunday afternoons. Left to cherish Doug’s memory are his wife of 57 years: Sharon of Lone Rock; daughter: Becky (Dave) Mawdsley of Burt; granddaughter: Sarah Mawdsley of Burt; brother: Dave Maxson of Waterloo; sister: Patricia (Jim) Schmolt of Cedar Falls; nephews: Michael Maxson of Waterloo and David (Brittney) Maxson Jr of Cedar Falls and niece: Dayln Maxson; of Miami, Florida; uncle: Gary Maxson as well as many cherished cousins and friends. He was preceded in death by his parents: Dean and Irene Maxson; his parents-in-law: Robert and Mary Wilson; his brother: Michael Maxson and his son: Brian Maxson. The family appreciates all the love, support and prayers and we look forward to being together again in heaven.

Doug Maxson, age 78 of Lone Rock formerly of Goldfield, passed away Sunday, February 6, 2022, at his home. Memorial services will be held on Saturday, March 5, 2022, at 1:30 PM at the Burt Presbyterian Church in Burt. Services will be live streamed.... View Obituary & Service Information

The family of Doug Maxson created this Life Tributes page to make it easy to share your memories.

Send flowers to the Maxson family.