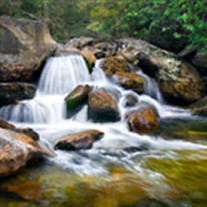 Esther (Higgins) Johnson, 81, of Gilmore City, Iowa passed away on Saturday, August 11, 2018.  Vistitation will be held on Tuesday, August 14 from 5:00 to 7:00 pm at Harris Funeral Home in Gilmore City.  Funeral services will be 11:00 am Wednesday, August 15 at Faith United Methodist Church in Gilmore City. Esther was born on September 9, 1936 to Merrill and Esther (Sinn) Koob in Dakota City, Iowa.  She was educated in Humboldt, Iowa, where she graduated from high school in 1955.  On May 20, 1956 she was united in marriage with Donald Higgins at Faith United Methodist Church, Gilmore City.  It was the first wedding after the new church had been built.  The couple lived and farmed in Gilmore City for many years.  Donald died May 25, 1993.  Esther married Darrell (Vic) Johnson on January 1, 2000 at the Little Brown Church in Nashua, Iowa.  They were the first couple married at that church in the new millennium. Esther worked for Martin Marietta and the City of Gilmore City.  Survivors include her children, Diane (Les) Bacon of Humboldt, IA, Kathy (David) French of Houston, TX and Shane (Cari) Higgins of Ankeny, IA; sons-in-law Doug (Lorrie) Bacon of Humboldt, IA and Ted Sharp of Knoxville, IA; 10 grandchildren; 10 great grandchildren; and sisters Mildred Wagner of Solon, IA and Maxine (Carl) Sweeting of Iowa City, IA.  Esther was a member of Faith United Methodist Church in Gilmore City.  Her memberships included the Order of the Eastern Star where she served as Worthy Matron and belonged to the Past Matron Club.  She was a member of the Compassionate Friends, the Red Hat Ladies and Tops.  Esther kept her mind sharp by working on puzzles and crosswords.  She enjoyed going to the Wild Rose Casino.  For the past few years, Esther really enjoyed helping her close friend, Merlin Fort, with his Christmas Hillside Spectacular display.  She loved the joy it brought to the people of the Dakota City and Humboldt area.  Preceding Esther in death were her parents, Merrill and Esther R. Koob, husband Donald, second husband Darrell (Vic), daughters Linda and Judy, brothers Robert, Bruce, Keith, Merrill Jr., Kenneth and James, and sisters Marjorie and Vivian. www.harrisfuneralservices.com

Esther (Higgins) Johnson, 81, of Gilmore City, Iowa passed away on Saturday, August 11, 2018.  Vistitation will be held on Tuesday, August 14 from 5:00 to 7:00 pm at Harris Funeral Home in Gilmore City.  Funeral services will be 11:00 am Wednesday,... View Obituary & Service Information

The family of Esther Johnson created this Life Tributes page to make it easy to share your memories.

Send flowers to the Johnson family.