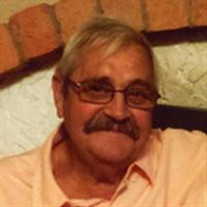 Havelock... Frank Leo Crotts 72, of Havelock, IA died April 11, 2017 at Mercy Medical Center in Des Moines, IA. Visitation will be held from 4-6 PM Monday at the Harris Funeral Home Chapel in Mallard, IA. Mr. Crotts requested to be cremated following visitation and there will be no services. The family requests your presence at the Duck Stop after visitation for a time of sharing and fellowship. Frank Crotts, the son of Herman and Helen (Travis) Crotts was born January 5, 1945 in Emmetsburg, Iowa. He was raised and received his education in West Bend, graduating from the West Bend High School in 1963. He operated a gas and service station in Curlew after high school, then attended mechanics school in Fort Dodge. Frank was employed for many years by Chicago Northwestern Railroad, later called Union Pacific, retiring in 2015. He spent some years in Curlew before moving to Havelock in 2013. Survivors include his wife Mary Stafford, Havelock, IA, son Rick (Lisa) Crotts, Urbandale, IA, grandchildren, Kerrigan and Megan, sisters, Bertha Adams of Las Vegas, NV, Bonnie Thilges of Algona, IA, and Betty Banwart of West Bend, IA. Frank loved stock car racing, hunting, fishing and playing cards. He was preceded in death by his parents. www.harrisfuneralservices.com

The family of Frank Leo Crotts created this Life Tributes page to make it easy to share your memories.

Send flowers to the Crotts family.