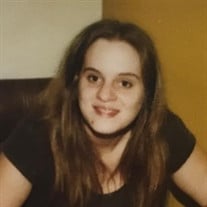 Gloria Mary Silver passed away at Untiy Point Hospital in Fort Dodge, IA, on Friday, June 1,2018. Services in her memory will be held on Monday, June 4, 2018 at 10:30 am at the United Methodist Church in West Bend, IA. A service will be held in Chicago at a later date. She will be greatly missed by all whose lives she touched.      Gloria Mary Silver Gloria Mary (Diederich) Silver was born July 16, 1959 in Chicago, IL, to William and Ida (Digloria) Diederich. Calling the Chicagoland area her home for the majority of her life, she graduated with the Class of 1977 at St. Gregory’s High School.      Gloria and Emil Michaels were united in marriage and from their union Gloria’s two oldest daughters, Dana and Donna were born. They lived in Rolling Meadows, IL, until their divorce. Both girls are continuing their educations, following the path of their mother who herself earned a Bachelor’s degree in Criminal Justice with high honors.      In 1992, she met David Silver, with who she would marry and be blessed with five children: Evelyn, Jason, Joshua, Ida and Martin. They lived with love and joy in Port Barrington, IL, for many years.      Gloria settled in West Bend, IA in 2015, with her youngest child, Ida, after her divorce. Here she became a cherished friend and happy member of the community as she worked in the office of the Don Capatosto Law Firm, the Casey’s General Store and at the West Bend Community Center. Her greatest joy in life was always her children. She enjoyed a thrilling game of cards with her friends, the opportunity of a family get-together, and always looked happiest in a sun dress. She always found a spot in her home to all who were in need. Gloria was intrigued by the law as she advocated for justice and fairness in all things. She walked through life with an impassioned determination.      Surviving Gloria are her children: Dona Michaels (IL), Donna Michaels (IL), Evelyn Silver (IN), Jason Silver (IL), Joshua Silver (IL), Ida Silver (IA). She is also survived by her sisters: Geraldine (Warren) Biesboer, Kathleen (Edward) Nelson, Janice (Clemens) Goldader, Mary Ann (Charles) Peterson and Margaret “Peggy” (Christopher) Diederich-Tenczar.      She was preceded in death by her infant son Martin Silver and her parents William and Ida Diederich.

Gloria Mary Silver passed away at Untiy Point Hospital in Fort Dodge, IA, on Friday, June 1,2018. Services in her memory will be held on Monday, June 4, 2018 at 10:30 am at the United Methodist Church in West Bend, IA. A service will be held... View Obituary & Service Information

The family of Gloria Mary Silver created this Life Tributes page to make it easy to share your memories.

Send flowers to the Silver family.