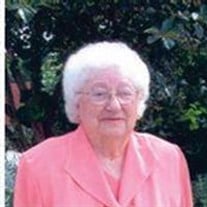 Havelock...Isabelle L. Colee, 92 of Havelock died Thursday, February 10, 2011 at the Pocahontas Community Hospital. Services will be held Monday, February 14, 10:30 AM at Trinity Lutheran Church, Mallard with burial to follow in Washington Cemetery, Havelock, IA. Visitation is from 2-5 PM Sunday at the church in Mallard. Harris Funeral Home of Mallard is in charge of arrangements. Isabelle L. Colee, the daughter of John and Dora (Froh) Hacker was born August 7, 1918 in Havelock, Iowa where she was raised and educated, graduating from the Havelock High School. She was united in marriage with Stanley Colee on Decemeber 9, 1939 in Pocahontas. The couple lived their entire married lives in Havelock. Isabelle worked as a cook at the Havelock school, the Stover Cafe and she owned and operated the Havelock Cafe for many years. She also worked at the Havelock locker and ccoked for the Havelock Amvets Stag for 30 years. Survivors inlcude her sons Gary Colee of Pocahontas, IA, and Alvin "Butch" Colee of Havelock, IA, daughters: Sharon (Richard) Garner of Pocahontas, IA, Chris (Bob) Campidilli of Humboldt, IA, Delores (Jim) Wade of Henderson, Nevada, Nancy (Darrel) Reed of Ayrshire, IA, Pam Colee of Pocahontas, IA, and Judy (Rick) Krips of Havelock, IA, 11 grandchildren, 12 great grandchildren and her brother Bob Hacker of Gilmore City, IA. Isabelle was a member of Trintiy Lutheran Church, Mallard, IA and was active for many years in the American Legion Auxilary and the Amvets Ladies Auxilary. She loved her grandchildren and great grandchildren, attending as many of their events as possible, always waiting to get new pictures of them in the mail. Isabelle was preceded in death by her husband Stanley, her parents, sisters Dorothy Nickelson and Marjorie (in infancy), and a brother Alvin Jr., who was killed during WWII.

The family of Isabelle L. Colee created this Life Tributes page to make it easy to share your memories.

Send flowers to the Colee family.