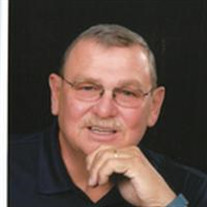 Jim Greinert Jim Greinert, 68, of Unionville, MO, (formerly of Ottumwa, IA) passed away suddenly at St. Anthony’s Medical Center in St. Louis, MO, on Sunday, December 4, 2016. James Edward Greinert was born in Whittemore, IA, on December 2, 1948, the son of Edwin and Lydia (Meyer) Greinert, who preceded him in death. Jim graduated from West Bend, IA, High School in 1966 and attended Westmar College for two years. He married Mary Doty in West Bend on August 22, 1970, and she survives at home in Unionville. After college, Jim went to work for Spencer Pack in the meat processing industry. Jim moved on to be a federal meat inspector out of Cedar Rapids, IA, for a few years before moving into management in the meat industry with Hygrade, Swift, Farmland, and Cargill. Jim worked as a project manager at several plants across the Midwest and was well known for his efficiency and people management skills. He retired with Cargill in 2008. Jim enjoyed fishing and golf, but he loved spending time with his grandsons. He also liked to follow the Green Bay Packers and Nebraska Cornhuskers football teams. Jim and Mary moved to Lake Thunderhead in Unionville in 2009. He was active in the Putnam County Community Development Commission and on the Lake Thunderhead Association Board. He was also very instrumental in starting the Marina Restaurant at Lake Thunderhead. He and Mary enjoyed spending winters in south Alabama. Jim attended St. Mary’s Catholic Church in Unionville. In addition to his wife Mary, Jim is survived by a daughter, Debra Eash and her husband Jerry of Marshalltown, IA and a son, Thomas Greinert and his wife Tricia of Lenexa, KS. Jim’s two grandsons are Merak and Owyn Greinert. Jim is also survived by three sisters, Verdell (Eldon) Fehr of Guthrie Center, IA, Barbara (James) Zaugg of Pleasant Hill, IA, and Betty (Bill) Fandel of Unionville, MO. A visitation for Jim will be held at Playle and Collins Family Funeral Home in Unionville, MO, from 5:00 – 7:-00 p. m. on Thursday, December 8, 2016. A funeral mass will be conducted at St. Peter and Paul Catholic Church in West Bend, IA, at 11:30 a.m. on Saturday, December 10. Burial will be at the West Bend Cemetery. Memorials are suggested to the Lake Thunderhead Association and may be entrusted with Playle and Collins Family Funeral Home, 709 S. 27th St., Unionville, MO 63565.

The family of James Greinert created this Life Tributes page to make it easy to share your memories.

Send flowers to the Greinert family.