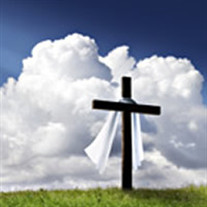 Jane M. Traub, 52 of West Bend, died Sunday August 10, 2008 at the Palo Alto County Hospital, Emmetsburg. Services will be held Wednesday, 10:30 AM at Sts. Peter and Paul's Catholic Church in West Bend with burial to follow in the West Bend Cemetery. Visitation is from 5-8 PM Tuesday at the church where a vigil service will be held at 7:30 PM. Harris Funeral Home of West Bend is in charge of arrangements. Jane Marie Shimon, the daughter of Kermitt and Mary (Nielsen) Shimon was born January 15, 1956 in Fort Dodge, Iowa. She was raised and received her education in Rolfe, graduating from the Rolfe High School. She also attended Iowa Lakes Community College. On November 15, 1980 she was united in marriage with Jerry Dean Traub in Rolfe, Iowa. The couple lived and farmed in the Ottosen and West Bend area their entire lives. Jane worked for ten years at the Rolfe State Bank. She loved flowers and most of all spending time with her family. She was a member of Sts. Peter and Paul's Catholic Church and the Ladies Aid of the Church in West Bend. Survivors include her sons Tristan and Dan of West Bend, IA, her parents,Kermitt and Mary Shimon of Rolfe, IA, mother in law, Joan Traub of West Bend, brothers, Joe(Anna Mae)Shimon and Jim (Tammy) Shimon of Rolfe, IA, and sister Bridget (Kirby) Cruickshank of Cameron, Missouri. Preceding Jane in death was her husband Jerry who died July 7, 2005.

The family of Jane M. Traub created this Life Tributes page to make it easy to share your memories.

Send flowers to the Traub family.