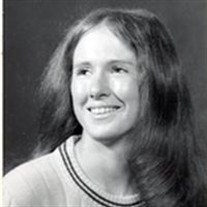 Gilmore City… Jean Marie Ford, 57 of Gilmore City died Thursday November 19, 2015 at the Pocahontas Community Hospital. Services will be held Monday, 10:30 AM at St. John’s Catholic Church, Gilmore City with burial to follow in the church cemetery. Visitation is from 2-4 PM Sunday at the Harris Funeral Home in Gilmore City where a vigil service will be held at 4PM. Jean Ford, the daughter of Thomas J. and Helen (Yoney) Ford was born August 23, 1958 in Fort Dodge, Iowa. She was raised and received her education in Gilmore City, graduating from the Gilmore City-Bradgate School in 1976. She also received her degree from Des Moines Area Community College in 1977. After her graduation Jean was employed by Land O’ Lakes in Fort Dodge until she was diagnosed with MS in 1983. Jean was well-known for her outstanding athletic abilities on the basketball court as well as the softball field. She loved dogs and had a great laugh and beautiful smile. She had been a resident of the Pocahontas Manor for many years. She touched countless lives through her difficult journey in life and she will be missed by many. Survivors include her siblings: Mary (Ralph) Himrod of Eagan, MN, Julie Ford of Boone, IA, Char (Gary) Beekmann of Pocahontas, IA, John (Carolyn) Ford of Humboldt, IA, Helen (Jim) Nelson of Ankeny, IA, Rick (Shirley) Ford of Marshalltown, IA, Bob Ford(Linda)of Gilmore City, IA, and Dennis(Amy) Ford of Gilmore City, Iowa, a brother-in-law Ray Elsner of Boone, IA, as well as many nieces and nephews. Jean was a member of St. John’s Catholic Church in Gilmore City. She was preceded in death by her parents, brothers Joe and Jim Ford, sister Barb Elsner, brothers-in-law Dean Brallier and Larry Burdick and a niece Teresa Elsner. www.harrisfunenralservices.com

The family of Jean Marie Ford created this Life Tributes page to make it easy to share your memories.

Send flowers to the Ford family.