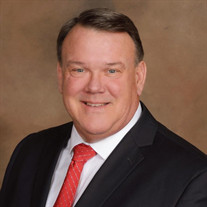 Jesse Richard Wolfe Jr., age 65 of Emmetsburg, passed away Monday, February 8, 2021 at his home. Private family funeral services will be held on Friday, February 12, 2021 at 10:30 AM at Schuchert-Lentz Funeral Home in Spirit Lake. Services will be livestreamed on Lentz Funeral Home's Facebook page https://www.facebook.com/Lentz-Funeral-Home-122511234501273. Burial will take place at Evergreen Cemetery in Emmetsburg. Visitation will be held on Thursday from 4:00 until 7:00 PM at Schuchert-Lentz Funeral Home in Spirit Lake. Masks are required. Jesse Richard Wolfe Jr. was born on August 5, 1955 in Columbus, Ohio to Jesse and Dorothy (Sims) Wolfe, Sr. Jesse graduated from Pickerington High School in Pickerington, Ohio in 1973. He furthered his education and attended The Ohio State University where he earned his Business Administration Degree in 1978. On February 9, 1985, Jesse was united in marriage to Janice Abel at the Reynoldsburg United Methodist Church in Reynoldsburg, Ohio. Jesse was employed by the Spencer Radio Group as a Sales Account Executive. He also loved farming and small business endeavors. Jesse attended Grace Baptist Church in Emmetsburg. Jesse was a man who loved God, his family, his country, and his community. Jesse had a heart for volunteerism and caring for others. He was the Scout Master for Troop 46 in Emmetsburg where he oversaw seven Eagle Scouts (less than 1 in 100 Boy Scouts attain this honor), was the Chair of Palo Alto County Republicans and was on the 4th District Executive Committee Republican Party of Iowa. He was very patriotic and loved to spend his free time with his family. Jesse was beloved by his family. Left to cherish Jesse’s memory are his wife, Janice of 36 years; children, Jean (Jonathan) Spaulding of Cologne, Minnesota, Dr. Jesse Wolfe III of Spirit Lake, Dr. Joshua (Dr. Stephanie) Wolfe of St. Louis, Missouri and Jenna Wolfe and fiancé Brady Garrelts of Emmetsburg; grandsons, Jason and Justin Spaulding; sister, Janet (Daniel) Pack of Lorton, Virginia, niece Katie (Misha) Barklaev and numerous other family members and friends. Jesse was preceded in death by his parents.

The family of Jesse Wolfe Jr. created this Life Tributes page to make it easy to share your memories.

Send flowers to the Wolfe family.