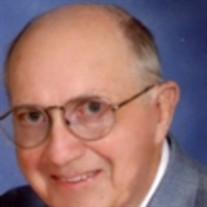 Emmetsburg...John F. Doran, 84 of Emmetsburg, died Thursday, November 28, 2019 in Mission, Texas.  The son of Doris Marie Byrne Doran and Charles Doran, John was born August 8, 1935 in Marshalltown, Iowa. He attended catholic grade school in Tama and graduated from the Tama High School in 1953.  He then attended the University of Iowa and graduated from Law School in 1962.  He married Mary Ann Willet, a marriage that lasted 63 years and to this union 5 children were born:  Christine Allen (Doug), Jeffrey Doran, Cindy Law (Herb), Lynn Minnici (Phil) and Mary Beth Doran.  John's first job after graduation was with the Estate and Gift Tax of the Internal Revenue Service in Sioux City, IA.  In 1964 he entered private practice in Emmetsburg, IA where he practiced for 40 years. He also had a satellite office in West Bend, IA.  He sincerely enjoyed being in a small town practice, getting to know his clients on a personal level.  After his retirement, John and Mary Ann moved to Texas, returning to Iowa in the summer. He loved traveling, being with children, and grandchildren, and encouraging them to love what they were doing and telling them to go the extra mile.  While in Emmetsburg, he loved broadcasting all of the school sports events with Michael Nagle on KLGA.   In 1974 he began taking pictures at the football games and then distributing them to the players.  He later took pictures at wrestling events and the Emmetsburg graduates as well.  John was on the Emmetsburg School Board and took a personal interest in students taking interest in the arts, music and drama, as well as sports.  He was a member of the Palo Alto County Bar Association where he served as secretary and president.  He was active in politics, served as chairman of the Republican Party and started involving students, both in high school and college.  In addition to golfing, John loved the outdoors watching birds, squirrels or merely driving around the river watching for wildlife.  John was prededed in death by a grandchild, Hayley Miller and a son, Jeffery, along with his parents.  A memorial service is planned at a later date.  www.harrisfuneralservices.com

The family of John F Doran created this Life Tributes page to make it easy to share your memories.

Send flowers to the Doran family.