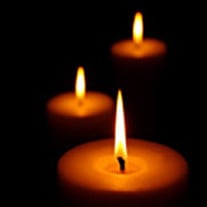 Kenton "Dutch" Krug, 77, passed away on November 20, 2012 at the Rock Rapids Health Center, in Rock Rapids, Iowa Visitaion will be held Sunday, November 25 from 4:00-7:00 P.M. at Harris Funeral Home in West Bend, IA. The funeral will be held Monday, November 26 at 10:30 A.M. at the Methodist church in West Bend, IA. Dutch was born to John and Anna (Schmidt) Krug on December 12, 1934 in West Bend, IA. In 1952, Dutch joined the United States Naval Forces. During his career in the Navy, Dutch was stationed on multiple Naval bases around the world and fought in the Korean War. After returning home from the Navy, Dutch was united in marriage to Dorothy Prentice on May 18, 1957. Dutch worked in many different trades throughout his working career, including; owning and operating the Ready Mix company, working as a tractor mechanic for West Bend International for nearly 20 years, and with the help of his wife Dorothy, they started and managed multiple restaraunts in the West Bend area. The most recent being, "Dutch's Place." Dutch carried his passion of working on tractors into his retired life. His main project being a Ford tractor that he rebuilt in his garage. He enjoyed fishing, coffee time with his friends, and touring the streets of West Bend in his free time. Dutch is survived by his seven children Lori (Randy) Gosch of Lakeville, MN; Roger (Julie) Krug of New Brauenfels, TX; Kent Krug of Heber Springs, AR; Joanne (Albert) Montag of Rock Rapids, IA; Scott Krug of Grand Junction, CO; Todd (Annie) Krug of Erie PA; Beth Foth of Las Vegas, NV. Twenty-one grandchildren, ten great-grandchildren, one sister Lois Studer of Graettinger, IA; one brother John Krug Jr. of Edwardsville, Kansas and many nieces and nephews. He was preceded in death by his parents, his brothers; Clareance and Bernard, his sisters; Peggy Girres and Mary Prentice, his wife Dorothy of 45 years, and great-grand daughter Rachel Jost. Online condolences can be sent to www.harrisfuneralservices.com

Kenton "Dutch" Krug, 77, passed away on November 20, 2012 at the Rock Rapids Health Center, in Rock Rapids, Iowa Visitaion will be held Sunday, November 25 from 4:00-7:00 P.M. at Harris Funeral Home in West Bend, IA. The funeral will be held... View Obituary & Service Information

The family of Kenton "Dutch" Krug created this Life Tributes page to make it easy to share your memories.

Send flowers to the Krug family.