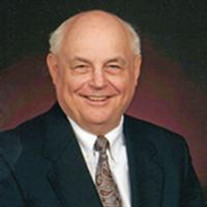 Larry Gene Traub, age 74, died on February 11, 2017 at Duke Hospice in Durham, NC after being diagnosed with ALS 2 years ago. Larry, son of Joseph and Martha (Ellingson) Traub was born on August 16, 1942 at the family farm near West Bend, Kossuth County, Iowa. He graduated from West Bend High School in 1960, and spent the next 10 years pursuing advanced degrees in agricultural economics. He earned his bachelors and masters degrees from South Dakota State University and his doctorate in 1971 from Ohio State University. While at Ohio State he met his wife Sue Ann Rishel of Mt. Union, PA, whom he married on June 20, 1970 in Columbus, Ohio. They moved to Springfield, VA in 1972 to start his career with the United States Department of Agricultural (USDA) in the Economic Research Service. At the USDA he was responsible for a variety of projects and ended his career in the Farm Income Team where he specialized in doing the value of production estimates (cash receipts, value of inventory change, and home consumption) for crops and livestock for the US and all fifty states. He was a dedicated employee and a champion for farmers until his retirement 36 years later in 2008. He had two daughters, Lisa Marie and Karie Ellen. He enjoyed watching and coaching their soccer games, and became an avid supporter of the D.C. United MLS soccer team, in addition to his beloved NFL Washington Redskins. Larry was devoted to his community through his dedicated service as the budget director and board member for 25 years to the Charleston Homeowners Association. He also enjoyed traveling with his wife after retirement, going to Norway, Germany, Alaska, and the Caribbean. Larry is survived by his wife Sue and daughters Lisa Marie Grogin , her husband Spencer and their children Cynthia (12) and Eleanor (10) of Norcross, GA; and Karie Traub Riley and her husband John and their children Julia (10) and Mark (18 mo) of Cedar Grove, NC. Larry is also survived by his brother Robert Traub (Eunice), of West Bend, IA and their children Bryan (Sue), Pamela Bonnstetter (Jeff), Rodney, Robin Girres (Dave) and many grand and great-grand nieces and nephews. He was preceded in death by his parents Joe and Martha Traub. Services to be held at Messiah UMC, Springfield, VA at a later date. Interment to be in West Bend Cemetery, West Bend, IA. Donations in Larry’s honor may be made to the The ALS Association North Carolina Chapter, 4 N. Blount Street, Suite 200, Raleigh, NC 27601; or Duke Home Care & Hospice, Office of Development, 4321 Medical Park Drive, Suite 101, Durham, NC 27704

Larry Gene Traub, age 74, died on February 11, 2017 at Duke Hospice in Durham, NC after being diagnosed with ALS 2 years ago. Larry, son of Joseph and Martha (Ellingson) Traub was born on August 16, 1942 at the family farm near West Bend,... View Obituary & Service Information

The family of Larry Gene Traub created this Life Tributes page to make it easy to share your memories.

Send flowers to the Traub family.