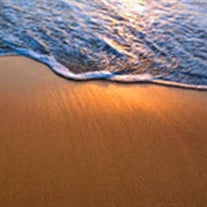 Lucille F. Wirtz, 90 of Mallard died January 8, 2010 at Lakeside Lutheran Home, Emmetsburg. Services will be held Monday, January 11, 10:00 AM at the Apostolic Christian Church, West Bend, with burial to follow in the church cemetery. Visitation is from 2:30 - 5:30 PM Sunday at the Apostolic Fellowship Center. Harris Funeral Home of West Bend is in charge of arrangements. Lucille Frances Wirtz, the daughter of Emil and Marie (Bleuer) Bredlau was born November 30, 1919 in Spencer, Wisconsin. She was raised and received her education in Wisconsin, attending country school there. On November 24, 1942 she was united in marriage with Edwin "Tubby" Wirtz. The couple lived and farmed in the Rodman area until 1961 when they moved to their farm in Mallard. Upon retirement in 1977 they moved to town in Mallard. Lucille worked for 9 years as a cook for the Mallard school system. Survivors include her three children: Ronald (Carol) Wirtz of Emmetsburg, Keith (Sandy) Wirtz of Mallard, and Pamela (Virg) Lyon of Boone, five grandchildren, eight great grandchildren and one great great grandson; brothers and sisters: Robert (Marcie) Bredlau of Owen, Wisconsin, Pat (Shirley) Bredlau of Madison, Wisconsin, Jerry (Janet) Bredlau of Marshfield, Wisconsin, John (Elaine) Bredlau of Manistique, Michigan and Arlene Barker of Marshfield, Wisconsin. Lucille attended the Apostolic Christian Church of West Bend, and was a member of the "Sunshine Club" in Mallard. She was preceded in death by her parents, husband Edwin in 1998, granddaughter Jeanna and sisters Emily, Esther and Dorothy.

The family of Lucille F. Wirtz created this Life Tributes page to make it easy to share your memories.

Send flowers to the Wirtz family.