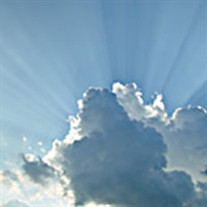 Marie A. Stoulil, 92, of West Bend died Thursday, March 7, at Pocahontas Manor in Pocahontas, IA. Services will be held Tuesday, March 12, 10:30 AM at Sts. Peter and Paul's Catholic Church, West Bend with burial to follow in the West Bend Cemetery. Visitation is from 5-7 PM Monday at the Harris Funeral Home in West Bend where a vigil service will be held at 6:00 PM. Marie is survived by her children: Sharon (David) Knudson of Badger, IA, Patricia (Steve) Nelson of Pocahontas, IA, Gerald (Sharon) Stoulil of Algona, IA, Rosann(Craig) Johnson of Webster City, IA, and Elaine Miller and special friend Mike Junkman of Pocahontas, IA, 11 grandchildren, 23 great grandchildren, 7 great great grandchildren, siblings: Evelyn Moran, Orville Manwarren, John Manwarren and Joan Nichols all of Emmetsburg, IA, and Virginia Steil of Oelwein, IA. She was preceded in death by her husband Roy Stoulil in 1989, son Richard,a great grandson, and brothers and sisters, Frank, Gene, Robert, Lucille, Loretta and a brother in infancy. Marie Agnes Manwarren, the daughter of James and Laura(Hardinger) Manwarren was born June 18, 1920 in Emmetsburg, Iowa, the third child of a family of twelve. She received her education in Emmetsburg. She worked as a housekeeper and kitchen aide at the Emmetsburg Hospital before her marriage to Roy Stoulil of Ottosen in 1944. The couple lived their married lives in West Bend. While in West Bend she worked as a housekeeper at the West Bend Care Center and was a cook at the Grotto Resturant during the summers. She also worked in the hot lunch program for Sts. Peter and Paul's Catholic School. Marie was a member of Sts. Peter and Paul's Catholic Church and the Ladies Aid of the church,as well as the senior citizens group. She loved making afghans, baking pies and cookies and was a Gold Star Mother.

The family of Marie Agnes Stoulil created this Life Tributes page to make it easy to share your memories.

Send flowers to the Stoulil family.