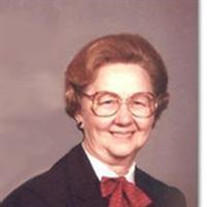 OnawaMary Jean Harris Mary Jean Harris, 94, of Onawa, Iowa, died Wednesday, March 16, 2016 at Burgess Health Center in Onawa. Funeral services will be held 11:00 A.M. Monday, March 21, 2016 at the United Methodist Church in Onawa, with Pastor Dennis Burns officiating. Visitation will be 9:00 – 11:00 A.M. Monday, March 21, 2016 prior to services at the church. Arrangements are under the direction of Rush Family Care Service in Onawa. Mary Jean Smith, the daughter of Charles and Blanche (Jones) Smith was born January 7, 1922 in Onawa, Iowa, where she was raised and received her education, graduating from Onawa High School. Mary and Claire Harris were united in marriage on March 21, 1942 in Blair, Nebraska. The couple spent years in Lincoln, Nebraska, where Claire attended pharmacy school. They spent time in Green Bay, Wisconsin and Mapleton, Iowa before returning to Onawa where they owned and operated Harris Drug Store from 1959 to 1982. Mary worked with her husband every day making cakes, potato salad, tuna salad, and anything the food counter needed, while still taking care of her family at home, especially her son Skip. Mary loved her family, her church, and her life in Onawa, as well as the special affection she had for her husband’s alma mater. Survivors include her son, Phillip (Catherine) Harris of West Bend, IA; granddaughters, Allison Paige Harris of Brooklyn, NY and Ashley Ann (Todd) Parson of Waukee, IA; as well as her nieces and nephews. She was preceded in death by her parents, Charles and Blanche Smith; husband, Claire Harris; son, Rex “Skip” Harris; sister and brother-in-law, Maxine and Gene Kelley; and brother and sister-in-law, Sabin and Evelyn Smith. Condolences may be left online for the family at www.rushfamilycareservice.com

The family of Mary Jean Harris created this Life Tributes page to make it easy to share your memories.

Send flowers to the Harris family.