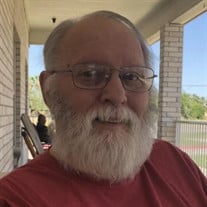 Merle Halverson, age 80 of Algona, passed away Wednesday, September 22, 2021 at the Algona Manor in Algona. Visitation will be held on Wednesday, at Lentz Funeral Home in Algona from 5:00 PM until 7:00 PM. Funeral services will be held on Thursday, September 30, 2021 at 11:00 AM at Trinity Lutheran Church in Algona. The service will be livestreamed on the Trinity Lutheran Church’s YouTube pagehttps://youtu.be/IMonQoJYUk8. Burial will take place at Blakjer Lutheran Cemetery in Fenton at a later date. Merle Dean Halverson was born on September 19, 1941 to Kenneth and Ardeth (Gilbaugh) Halverson in Whittemore, IA. He graduated from Sentral High School in 1960 and then attended Waldorf for one and a half years. Following school, Merle enlisted with the United States Army. He served during the Vietnam War and was stationed in Germany. Merle was united in marriage to Marilyn Goltz on July 23, 1967 in Blue Earth, Minnesota. They later divorced. Merle was a supervisor at Snap-On for 32 years. He retired in 1999. Merle was a member of the Trinity Lutheran Church in Algona. Many of his hobbies included fishing, watching outdoor shows, driving around looking at the wildlife in the area, woodworking while in Texas during the winter, and cheering on the Iowa Hawkeyes and Minnesota Vikings, but enjoyed most spending time with family and friends. Left to cherish Merle's memory are his daughter, Lisa (Bruce) Rongved of Algona; son, Jason (Pam Herman) of Ossian; son, Ryan (Kelly) Halverson of Pella; six grandchildren, Brandy (Tom) Sage, April (Richard) Erickson, Michael (Casey) Rongved, and Ty, Riley, and Aidyn Halverson; five great grandchildren, Emma and Ivey Sage, Devin Lester, and Chase and Cassie Erickson; and brother in-law, Noel Westlind of Louisville, KY. Two nieces, Lauri Gugulski, of New York, NY. Cathy Smith, of Cottage Grove, MN, and one nephew, Michael Westlind of Cottage Grove, MN. He is preceded in death by his parents and sister, Barbara Westlind.

Merle Halverson, age 80 of Algona, passed away Wednesday, September 22, 2021 at the Algona Manor in Algona. Visitation will be held on Wednesday, at Lentz Funeral Home in Algona from 5:00 PM until 7:00 PM. Funeral services will be held... View Obituary & Service Information

The family of Merle Halverson created this Life Tributes page to make it easy to share your memories.

Send flowers to the Halverson family.