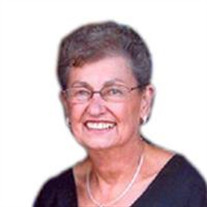 Myra Lee Kuntz, 68 of West Bend died Wednesday September 7 at her home in West Bend. Services will be held Monday, September 12, 10:30 AM at Sts. Peter and Pauls Catholic Church, West Bend with burial to follow in the church cemetery. Visitation is from 3-6 PM Sunday at the church where a parish vigil service held at 5:30 PM. Harris Funeral Home of West Bend is in charge of arrangements. Myra Lee (Elbert), the daughter of Irvin and Geraldine (Hoskins) Elbert was born February 6 1943 in Algona, Iowa. She attended Sts. Peter and Pauls School through the 8th grade, the Rodman School in 9th and 10th grade and graduated from Bishop Garrigan High School, Algona, in 1961. She then graduated from St. Vincent School of Nursing in Sioux City, IA in 1964. Myra was united in marriage to George Edward Kuntz on August 21, 1965 at St. Michaels Catholic Church in Whittemore, IA. The couple lived in Gibson City, Illinois where they raised three children. Myra worked at Gibson City Hospital for 15 years. They moved to West Bend in 1979 where she continued to work as a nurse in various fields until 2005. She enjoyed living on their acreage where she loved gardening, flowers, nature and music. Survivors include her husband George, daughter Terri(Pete) Nicas of Tampa, FL, sons Todd (Shannon) Kuntz of South Bend, IN, Tom (Crystal) Kuntz, Alexandria, VA, 6 grandchildren, sisters Colleen (Larry) Quast of Cheyenne, WY, Vicky (Jay) Thomas of Duluth MN, brother Kim (Kim) Elbert of West Bend, IA and sister in law Georgia Elbert of Rodman, IA. Myra was a member of Sts. Peter and Pauls Catholic Church, the Ladies Aid of the church and the American Legion Auxillary. She was preceded in death by her parents and brother Mark Elbert.

The family of Myra Lee Kuntz created this Life Tributes page to make it easy to share your memories.

Send flowers to the Kuntz family.