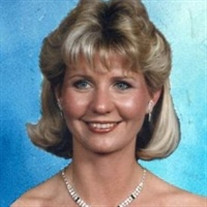 Pam Wirtz went home to Jesus on Tuesday, August 6th after a courageous six-year battle with cancer. Pamela Joyce Chism was born on July 27, 1949 in Newton, Iowa to parents Russell & Evelyn Chism. The family moved to West Bend, Iowa to their family farm when Pam was in the fourth grade. She went to West Bend Community School where she met Ray Wirtz. They dated through high school where Pam graduated in 1967. She attended Emmetsburg Community College & Mankato State University prior to joining Braniff Airlines as a flight attendant out of Kansas City. Pam & Ray were married in March of 1970. Pam worked as a bank teller in Ames, Iowa to help finance Ray’s degree at ISU. In 1973 they were blessed to adopt their son Jeremy; & in 1978, their daughter Robbin. Ray’s career took them through many moves to several states while Pam managed the family. When the kids were older, Pam went to work running the main switchboard for International Dairy Queen in Bloomington, MN. Eventually she went back to school & finished her degree in Theology at Crown College, graduating Summa Cum Laude with a Bachelor of Science degree & being awarded their prestigious EXCEL Honor Key. “Chaplain Pam” served her Chaplain Residency at Methodist Hospital in the Twin Cities. Later she became a hospice chaplain for the entire metro area. A job change for Ray to Florida interrupted her career until 2006, when she became the Chaplain at Hudson Hospital until she retired in 2012. Pam was ordained in 2011 & was privileged to perform several wedding ceremonies. She is survived by her husband, Ray; son, Jeremy; daughter, Robbin; & grandkids, Jamison & McKenna; along with her sister, Donna; & brothers Jerry & John; lots of relatives & about a million friends. Pam was preceded in death by her parents & several siblings. Pam thoroughly enjoyed her faith, her family, her friends & her career. Known as Pam, Chaplain Pam, & Grammi or Grammi Pammi, she was loved by all, and we’ll miss her. A Funeral Service for Pam will be held at 11:00 AM, Monday, August 12th, at Shepard of the Valley Church, 8701, 14107 Hudson Rd. S, Afton, MN. A Visitation will take place from 3:00-0:00 PM, Sunday, August 11th, at O’Connell Funeral Home, 520 11th St. S, Hudson, WI. A secondary Visitation will take place from 12:00-1:30, Tuesday, August 13th, at Harris Funeral Home, 104 First Ave SW, West Bend, IA. Interment to follow at West Bend Cemetery, Iowa.

The family of Pamela Joyce Wirtz created this Life Tributes page to make it easy to share your memories.

Pam Wirtz went home to Jesus on Tuesday, August 6th after a courageous...

Send flowers to the Wirtz family.