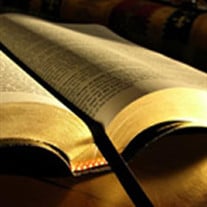 Robert J. Klepper, 72 of West Bend died Wednesday, December 26, 2012 in West Bend. Services will be held Monday, December 31, 10:30 AM at Sts. Peter and Paul's Catholic Church, West Bend with burial to follow in the West Bend Cemetery. Visitation is from 2-5 PM Sunday at the church where a parish vigil service will be held at 5 PM followed by a Knights of Columbus Rosary. Harris Funeral Home of West Bend is in charge of arrangements. Robert John Klepper, the son of Henry and Eleanor Kringler Klepper was born July 4, 1940 in Whittemore, Iowa. He attended Sts. Peter and Paul's Catholic School through the 8th grade and graduated from the West Bend High School in 1958. On September 30, 1961 Bob married Ethel Loreen Krug at Sts. Peter and Paul's Church in West Bend. The couple lived their lives in West Bend where Bob worked as a rural mail carrier for the United States Postal Service for 43 years. Survivors include his wife of 51 years Ethel, children: Dr. Alan(Kirsten) Klepper of Algona, IA, Kevin(Monika) Klepper of Alexandria MN, Teresa (Jeff) Holland of Pleasant Hill, IA, Audrey (Dr. Jeff) Banwart of Bloomington, MN, Eric Klepper of Rochester,MN and Jennifer(Jason) Bornholdt of Lakeville, MN, grandchildren: Zac, Adam, Annie, Ally, Hadley, Kyle, Gabe, Sydney, Kayla, Jake, and Julia, brothers Ralph Klepper of Little Rock, California and Dick Klepper of West Bend, IA. He was preceded in death by his parents, brothers and sisters: Marian Clare,Donnie Klepper, Florence Ridenour, Lea Klepper, Barbara Grimm and Jim Klepper. Bob was a member of Sts. Peter and Paul's Catholic Church as well as the Knights of Columbus. He served on the West Bend Golf and Country Club Board and was a loyal volunteer, especially when it came to planting trees around the course. He was a city councilman for the city of West Bend before serving as Mayor for 6 years. Bob was an avid sports fan, routing for the St. Louis Cardinals and the Iowa Hawkeyes. He also umpired many baseball games in West Bend, and most people know the love he had and the passion he showed while playing and excelling in the game of golf. Most recently Bob was the caretaker for the West Bend Cemetery, where the work he did was immaculate. He always kept his cars clean and in his spare time did woodworking for many people. Online condolences can be sent to www.harrisfuneralservices.com

The family of Robert "Bob" John Klepper created this Life Tributes page to make it easy to share your memories.