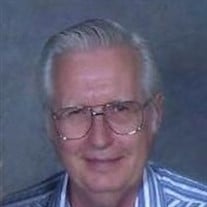 Ron Fay Anderson, age 76, of Gilmore City, Iowa, died on Saturday, June 23, 2018 at the Hospice Unit of Humboldt County Memorial Hospital.  Per Ron’s request, a private burial service will be held at a later date.   Ron was born to Fay and Greta (Rice) Anderson on December 13, 1941 in Fort Dodge, Iowa and was raised in Gilmore City. He was baptized and attended the Methodist Church. As a young boy he delivered groceries for Hogan’s and Fisher’s Grocery stores on his bicycle.  Ron was always curious and bought a camera to take pictures and set up his own dark room to develop negatives and prints.  He liked working with anything electronic, cars and motorcycles.  He was also in Boy Scouts and earned many badges.  He loved hunting pheasants, squirrels, rabbits and prairie dogs and fishing with his dad and uncle Byron (Nubby).     Ron graduated from Gilmore City High School in 1959.  He joined the Air Force at age 17 and served our country four years.  Ron began working for Northwestern Bell Telephone in 1963 which became Quest and eventually Century Link, retiring after 39 ½ years.  He was an expert with computers and built many computers, and repaired others for family and friends.  He married Susan Jacobson in 1984 at the Little Brown Church.  They lived and worked in the Spirit Lake area, and in 2005 they moved back to Gilmore City for their retirement years. They also wintered in Weslaco, Texas for many years. Ron passed away shortly after being diagnosed with cancer.   Ron is survived by his wife Susan, brother Jim (Mavis), sisters-in-law Judy (Eugene) Carman, Sheila Wiese, Linda (Don) Tool and numerous nieces and nephews.   He was preceded in death by his mother Greta, his father Fay and step-mother Beulah, sisters-in-laws JoAnn Schurr and Mary Ford, brothers-in-law Jack Wiese, Jim Ford and Ben Schurr.   A “Celebration of Life” gathering will be held Sunday, July 1 from 2:00 til 5:00 at the farmstead of Russell Naeve, rural Gilmore City, food and drinks will be provided.

The family of Ronald Fay Anderson created this Life Tributes page to make it easy to share your memories.

Send flowers to the Anderson family.