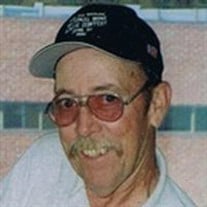 WILLIAM T. “Bill” Owen Bill departed this world (11/11/16 in Gilmore City, IA) after a battle with heart failure. Bill was born in Phoenix AZ 7/22/47, and was raised in various locations, graduating from high school with the class of 65 in Estherville IA. In 1966 Bill joined the United States Army Warrant Officer Flight Training School, and after graduation with class 66-23/67-1, served in various locations. Bill married Linda Sapp and their son Jerome was born 3/25/1970. While in the Army Bill received several awards including 25 air medals and the DFC. Upon leaving active military service Bill was employed as a commercial pilot. The parent company of this helicopter operation, E.I. Sargent Quarries was in the mining business. Over time, Bill's interest in mining lead him through all phases of mining operations, ending as a mine manager with Martin Marietta in 1985. In 1978 Bill married Susan Hague, and to them daughter Rachael was born 11/12/1978. In 1987 Bill was hired by the Federal Mine Safety and Health Administration as an accident investigator and health inspector. Bill worked in various locations in this capacity culminating in an appointment as field office supervisor in Ft Dodge, IA. Bill was medically retired in 2010. After retirement he continued his various hobbies; woodworking, splitting wood, and helping friends with just about anything. Survivors include; wife, Susan; son, Jerome (Mary) Owen of Evans, Ga.; daughter, Rachael (Joseph) Amodeo of Des Moines, Ia; grandchildren, Kassandra Owen, Dominique, and Rozalyn Amodeo; mother, Marie Owen of Estherville, Ia., sister, Penny Allen of Cottonwood, AZ., and two nephews, Will and Ed Allen. A viewing will be at Harris Funeral home in Gilmore City on Wednesday November 16th from 5-6:30pm and a viewing with a wake to follow on Friday November 18th from 11-1 in West Des Moines at Hamiltons Funeral home. Internment will be at the Veteran Memorial Cemetery in Van Meter at 2pm. In lieu of flowers, donations may be made to either the Wounded Warrior Project or the Heart Foundation.

WILLIAM T. &#8220;Bill&#8221; Owen Bill departed this world (11/11/16 in Gilmore City, IA) after a battle with heart failure. Bill was born in Phoenix AZ 7/22/47, and was raised in various locations, graduating from high school with the class... View Obituary & Service Information

The family of William T. Owen created this Life Tributes page to make it easy to share your memories.

Send flowers to the Owen family.